About Us – Oakhurst Democratic Club

Join Now!
About Us 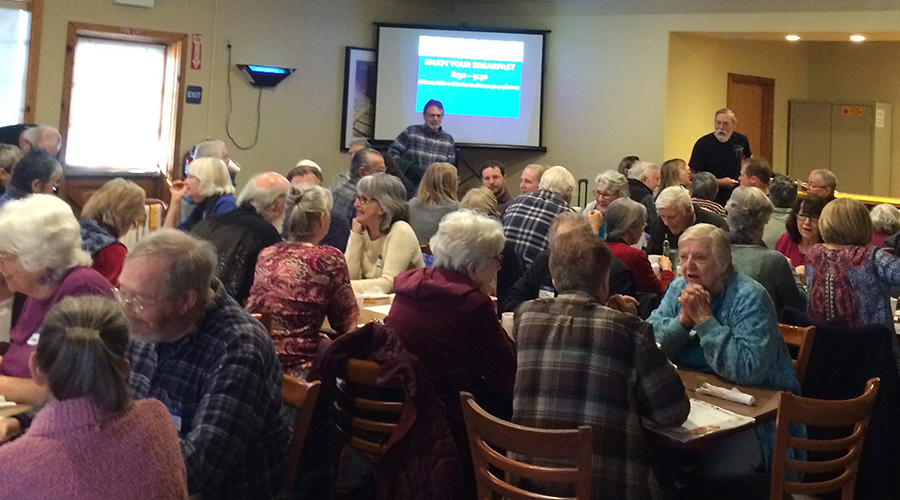 As of this year, in one of the most conservative areas of the state, our club has a record number of members who are carefully, thoughtfully, tilling the soil and giving voice to the opposition. Remember that every vote that this area generated for Boxer, or Brown, or against rolling back air quality standards, was worth as much as any vote in any blue county in the state. We may not now have as much hope as we’d like of electing a Democratic Representative to Congress, but we can have as much influence on the outcome of many elections as anyone else, and we do.

There are many like us who support Democratic/Progressive groups and causes, who have actually developed a well-considered political ideology, honed from many hours of thought and consideration, and study of the arguments through a magnifying glass. And then there is the knee-jerk electorate which believes whatever it sees on TV or hears on the radio, and doesn’t look behind the curtain to determine the true motives of the messengers, and the ramifications if those messengers rise to power.

The work of conservatives to energize the knee-jerk electorate is an easy one. All it takes is money, message manipulation, and slick ad campaigns. Piece of cake! Democrats have a harder row to hoe. We actually have to educate, and engender an evolution of thought in the knee-jerk electorate. This can’t be mobilized by a slug of money thrown into a particular election or in support of a particular candidate. It comes slowly, over time. Once in a blue moon, we’ll have a candidate like Obama, who through personal charm and an interesting background story, will peel off enough of the knee-jerk electorate to actually win an election, but that relies on the cult of the personality. It’s wide, but shallow, and easily undone, as happened in this election.

It’s not enough to just register voters. We have to educate voters so they aren’t suckers for any line that’s fed them. And some voters simply don’t want to be educated. That takes time and they would actually have to do the hard work of evaluating choices and puzzling through arguments. The most we can do with that group is develop trust and ties with them so they turn to us, versus the conservatives, when looking for guidance.